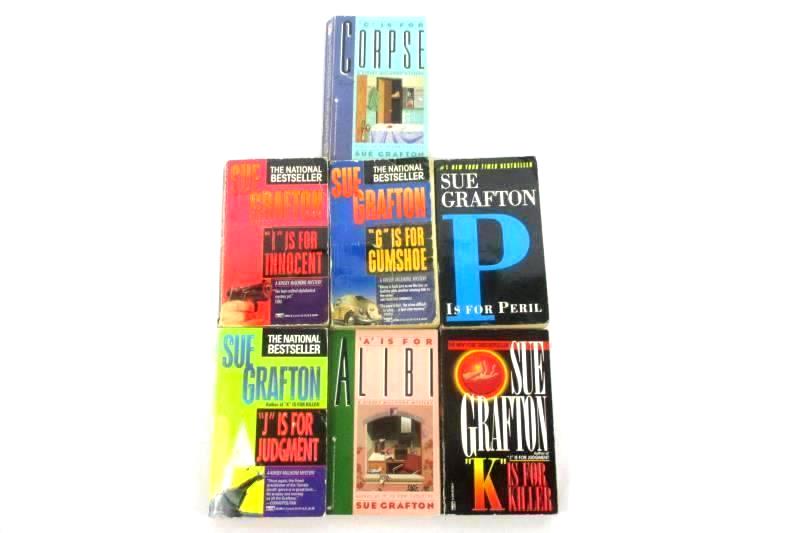 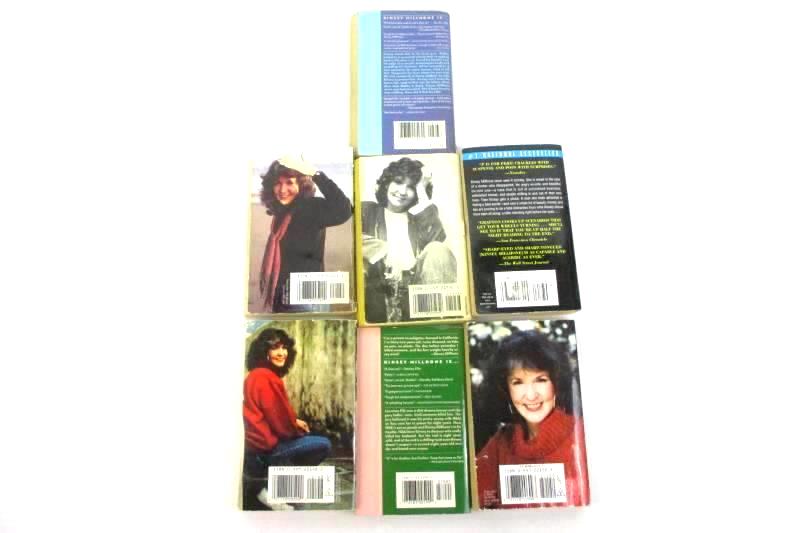 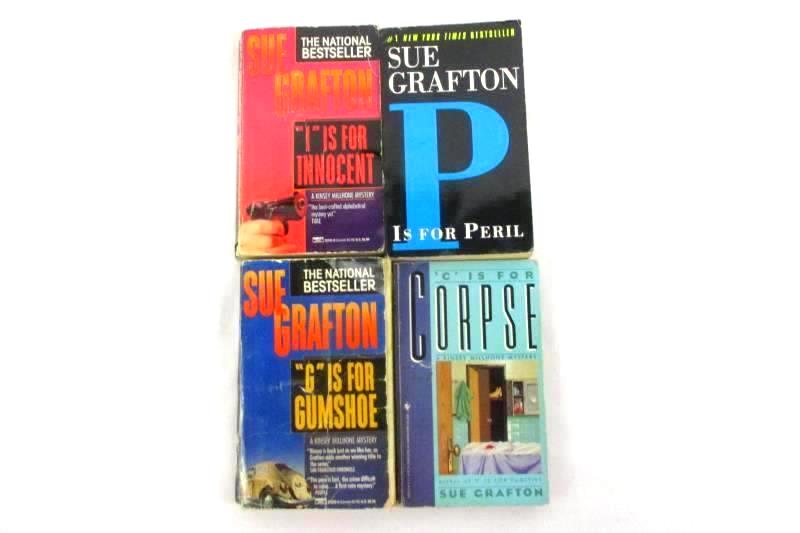 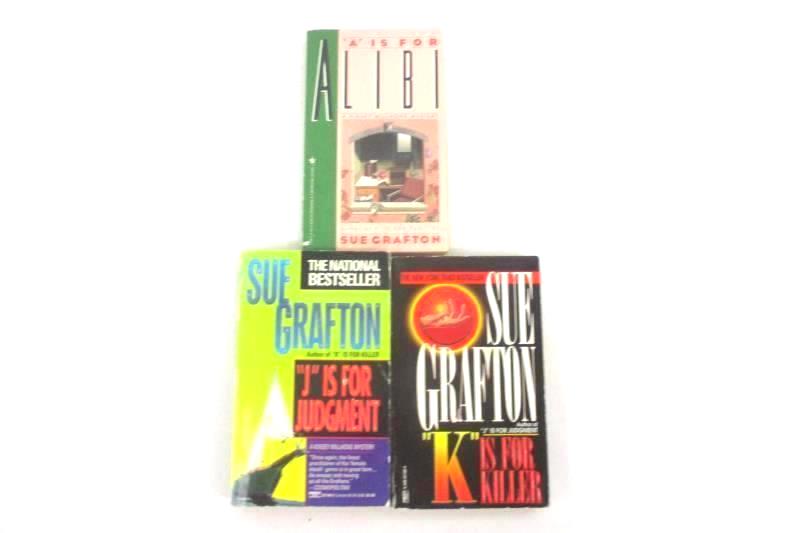 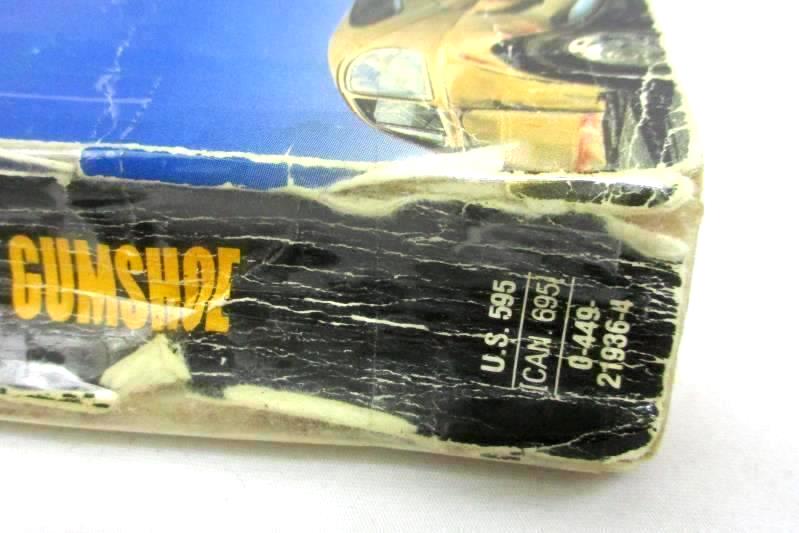 This is a lot of seven Sue Grafton paperback novels.

These books are in good pre-owned condition with cover wear. 'G' for Gumshoe has more wear than the others. 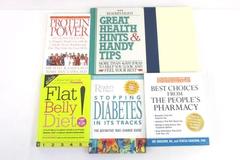 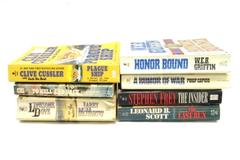 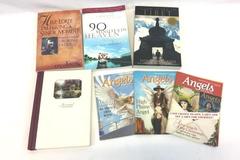