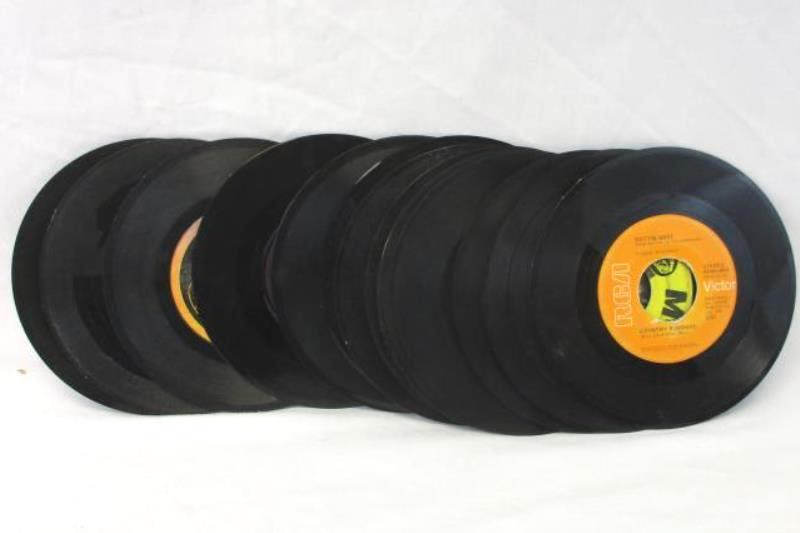 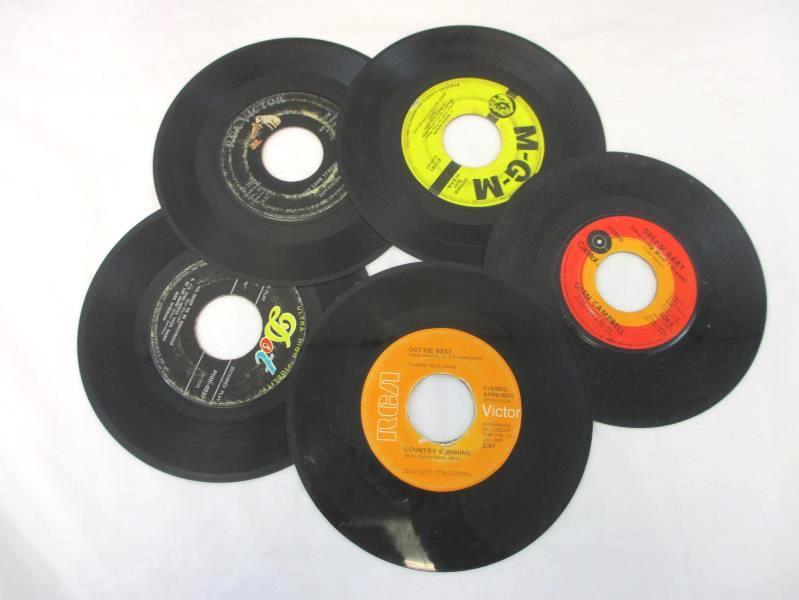 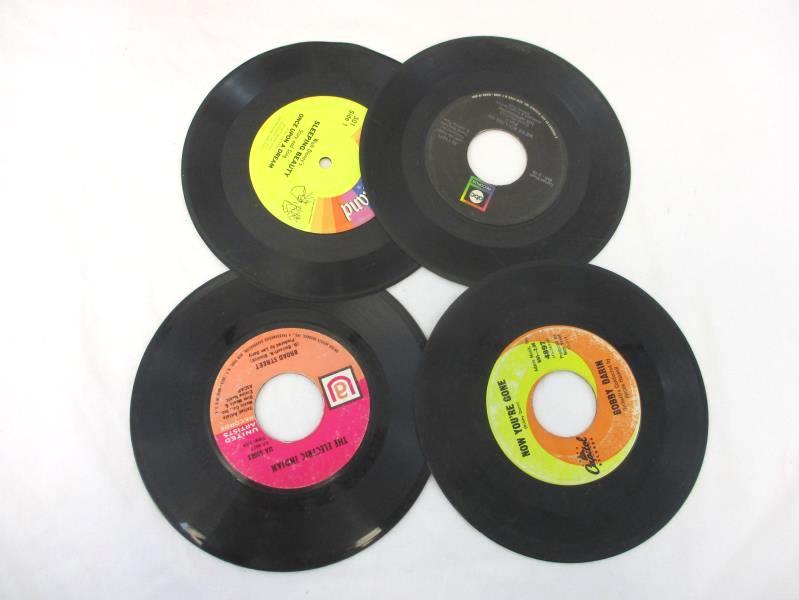 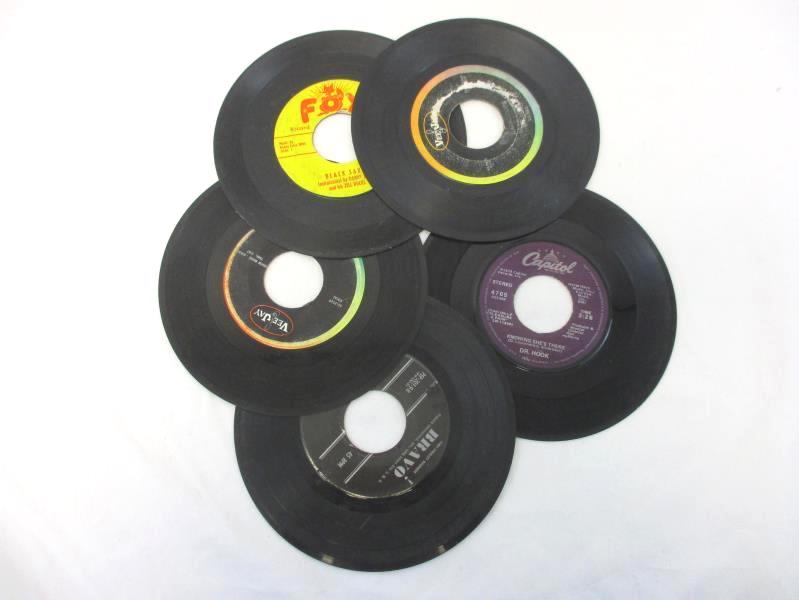 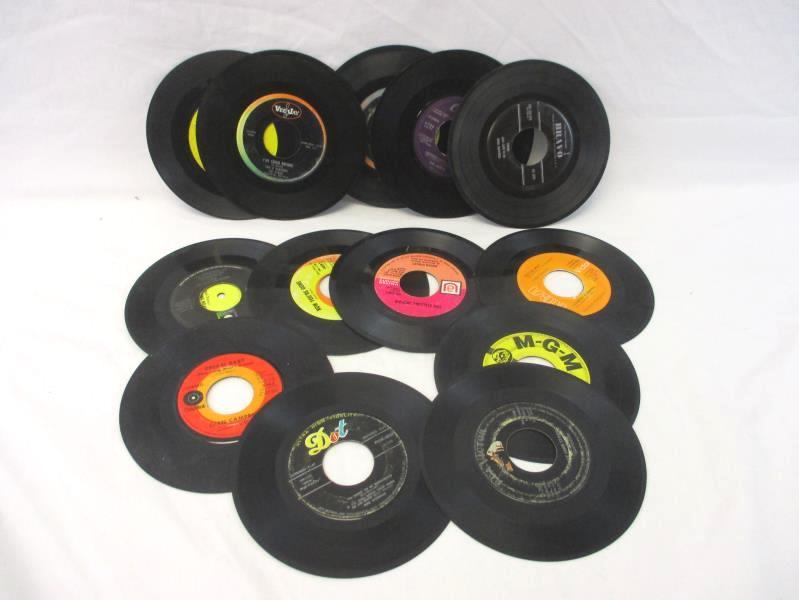 This is a lot of 14 vintage 45 RPM vinyl records for crafting and repurposing.

~ A VeeJay record with "I've Cried Before" by G. Gaudio and "Sherry" by B. Gaudio.

~ A Stereo Capitol record with "Dream Baby: How Long Must I Dream" by Cindy Walker and "here and Now"  by J. Fuller-T. Kelly.

~ A RCA Victor record with "The Same Street" and "Sweet Dreams" by Don Gibson.

~ A Dot record with "The Sweet to be Remembered" and "I'll Still Write Your Name in the Sand" by Mac Wiseman and Buddy Starchter respectively. On the flip side is "Four Walls Around" by Bill Stallard and "Going Like Wildfire" by Krise.

~ A M~G~M record with "Feudin' Banjo" and "Truck Stop Grill" by Arthur Smith and His Cracker-Jacks. On the other side of the record is "Hi Lo Boogie" and "Lonesome", also by Arthur Smith.

~ An RCA record with "Country Sunshine" and "Wish I Didn't Love You Anymore" by Dottie West.

~ A Capitol record with "Now You're Gone" and "You're The Reason I'm Living" by Bobby Darin.

~ A Walt Disney record with "Once Upon a Time" and "I Wonder" from "Sleeping Beauty".

~ A High Fidelity record with "Chains", "Love Came to Me", and "Hotel Happiness", "Tell Him", "Rumors", and "Telstar". No artist names are listed.

~ A Capitol record with "Knowing She's There" and "When You're In Love With a Beautiful Woman" by Dr. Hook.

~ A Fox record with "Wicked Ruby" and "Black Saxs" by Danny Zella and His Zell Rocks.

~ A Veejay record with "I Want to Love You" and "Raindrops" by D. Clark.

Each record measures approximately 6.75" across.

The lot comes in good pre-owned condition, but many of the labels are faded. 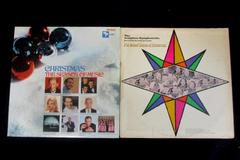 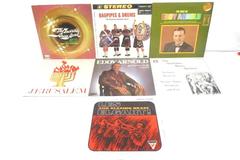 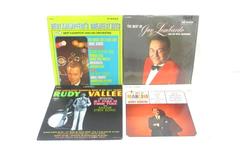