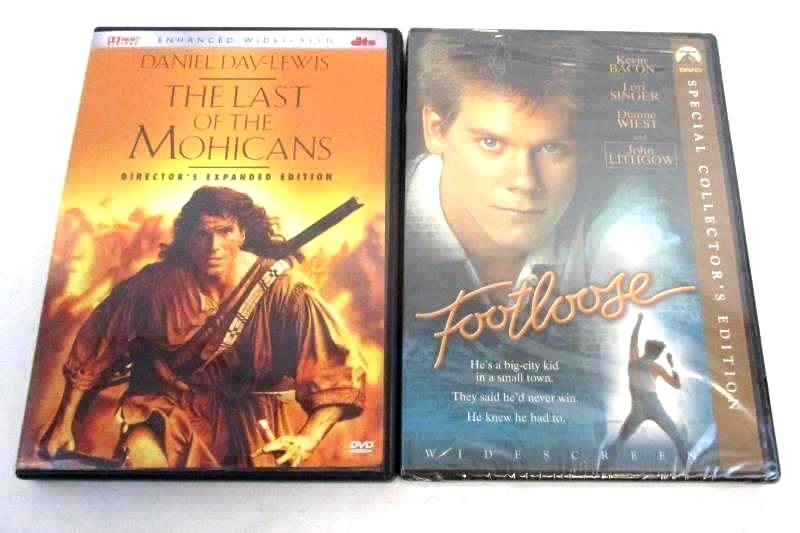 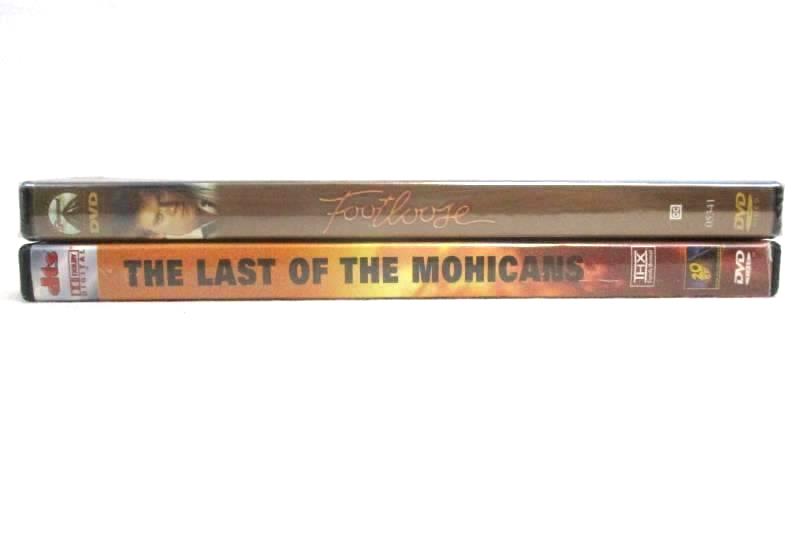 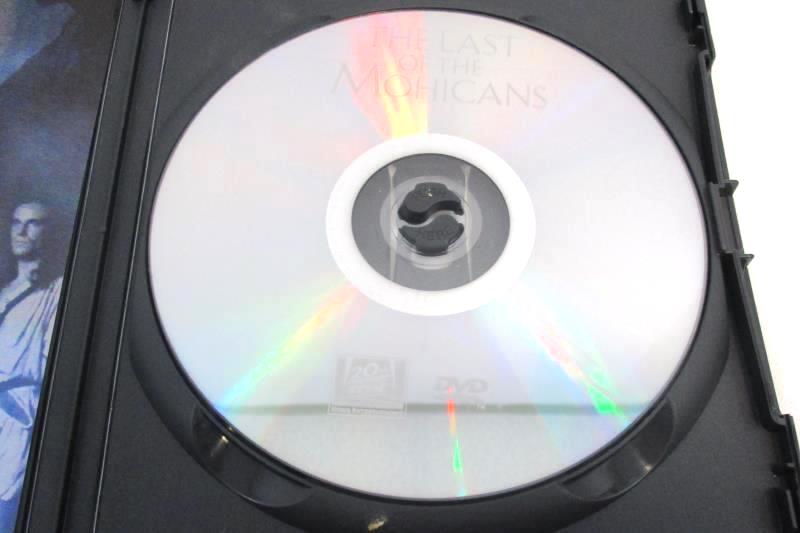 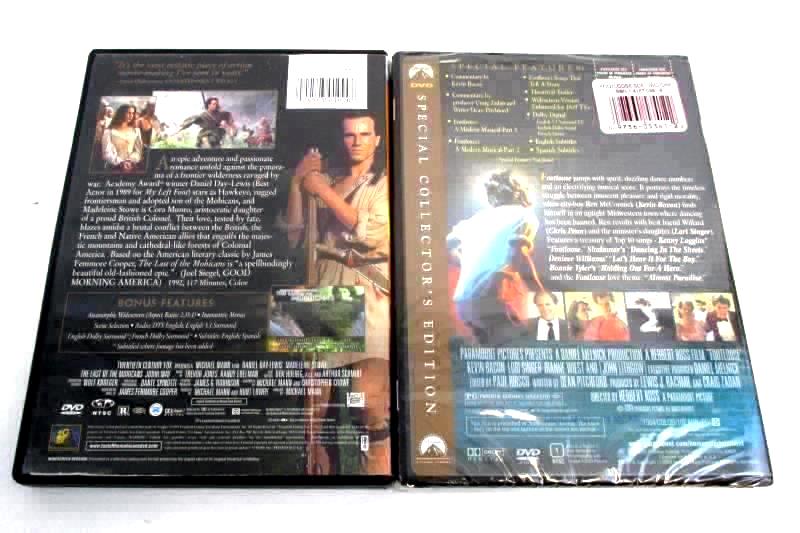 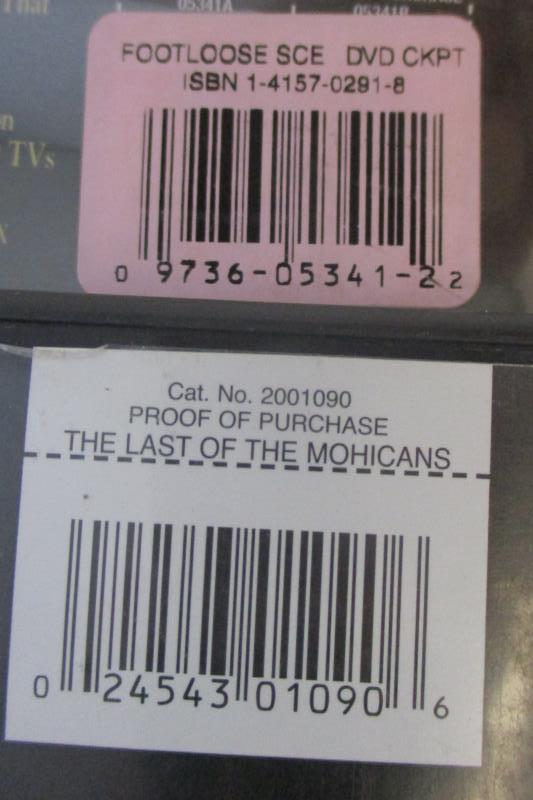 This is a lot of 2 romantic DVDs.

~ "Footloose (Special Collector's Edition)." The copyright is 2004 by Paramount Pictures. This DVD features actors Kevin Bacon and John Lithgow in this romantic drama movie. It is rated PG with a runtime of approximately 107 minutes.  It is factory sealed. The UPC is 097360534122

~ "The Last Of The Mohicans Director's Expanded Edition. The copyright is 1999 by 20th Century Fox.  This DVD features Daniel Day-Lewis in this romantic adventure movie. It is rated PG-13 with a runtime of approximately 112 minutes. The UPC number is 024543010906.

Both of the DVDs were made in the United States.

These items come in very good pre-owned condition. They have not been tested and are being sold as-is. 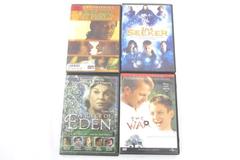 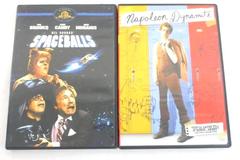 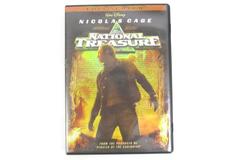